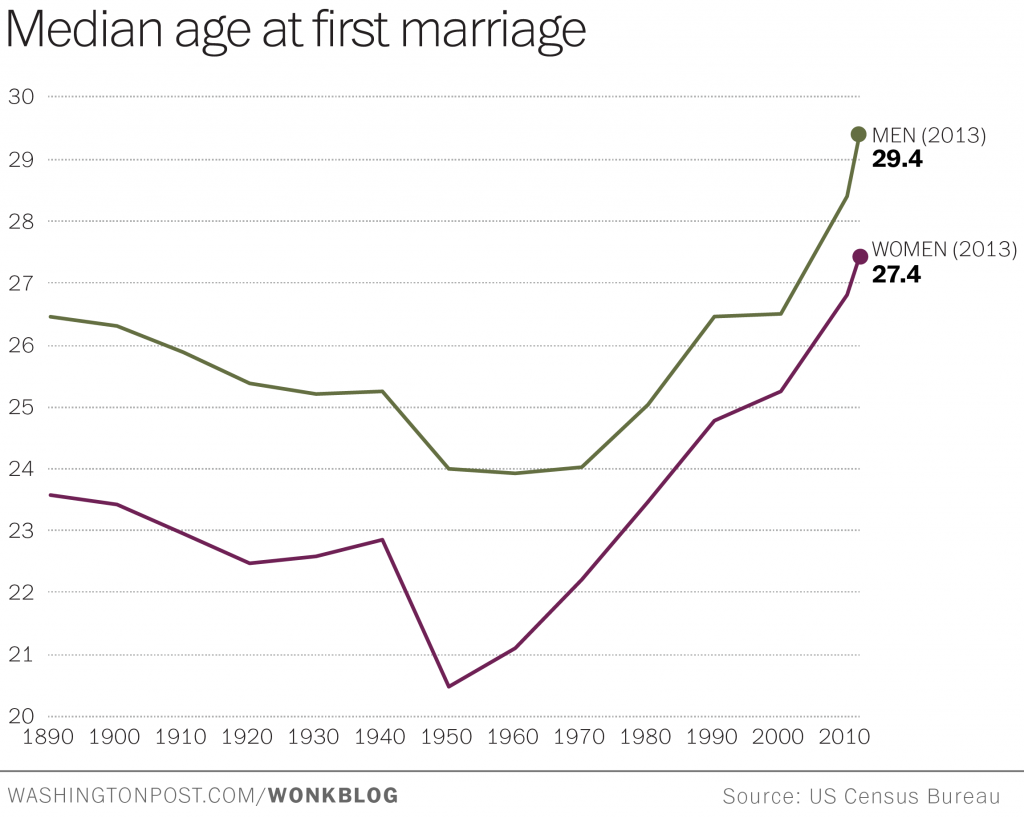 There were a lot of correct answers to choose from, but I have to hand the blue ribbon to Steven Ruggles. Ruggles had a bit of an advantage coming into this week’s competition - he is, after all, the director of the Minnesota Population Center, one of the world’s leading research centers on demographic data. In an email, Ruggles identified the data, the paper it was originally published in, the conference the paper was presented at, and the source of the final datapoint: The figure is from “Historical Marriage Trends from 1890-2010: A Focus on Race Differences” by Diana B. Elliott et al, presented at PAA in 2012. The figure is titled “Median age at first marriage by sex.” Compared with the PAA paper, this version adds one more observation from ACS in 2012 or 2013. Not like he needs another credential, but this is good enough to earn Steven the title of Wonkblog-Certified Data Wizard. For everyone else, keep your chin up - losing to Steven Ruggles in Name That Data is kind of like losing to Adele on American Idol. And there’s always next time.

« MPC IN THE NEWS: Where We Came From and Where We Went, State by State
Archive
Harmonizing Data at the MPC »