Once upon a time, Li Dai was an auto trader at his hometown in China, then explored his entrepreneurship via a family business in high voltage electrical equipment industry. But none of these opportunities kept him from going back to what he really wants, a career path in IT. A java developer position was his starting point, he then decided to pursue his master’s degree in Information Assurance and got exposed to the world of Containerization and DevOps. Shortly after, he joined ISRDI IT operations team and has been passionate in providing safe, reliable computing environment for our software developers and users.

Aside from work, he still likes to share his enthusiasm in motoring with his friends, enjoys listening to music from Hifiberry, loves road trips and national parks, as well as being a good father, husband and son in his family. 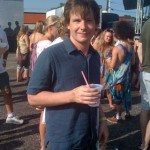 Colin originally got interested in tech through game programming. He ended up working as a call center technician for Zeos/Micron in the mid 90s, during which he spoke to around eight thousand people, most of whom you could locate on an anger spectrum ranging from mildly put out to incoherent with rage. He left to begin a startup in the lead-up to the tech crash.

Colin started at MPC in 2001 as a “Junior Application Programmer” and now works a senior software developer. He’s been responsible for data extraction for the MPC’s end users (the “Extract Engine”) for IPUMS and Terra Populus and NHGIS in its latest version. Also responsible for data conversion on all microdata products.

Currently he uses C++ 11, Java and Ruby professionally. For hobby projects Colin has also tinkered with Go, D, Scheme, Perl, and is interested in learning Rust and Clojure.

(Colin has also been Spotlighted!) 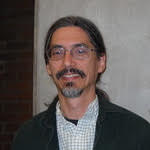 Jimm has been hacking since… well, since Hector was a pup. At least, back when hacking didn’t mean cracking. Long before this fad of connecting a series of tubes into an interweb…

After working at a commercial database shop in California, Jimm moved into the ivory tower. For the past couple decades, he’s been developing research software at universities around the US (New Hampshire, Oregon, Wisconsin, New Mexico and Indiana). And now in Minnesota after joining the MPC in 2015.

Here at MPC, Jimm toils away in the Data Production group, helping improve the tools and infrastructure that researchers use in their data workflows (when he’s not writing about himself in the third person).

Dan has been writing software since 2005 when he started as a Microsoft developer for a small consulting company. After 7 years of C#, Windows Forms, and IIS, he decided to make a switch and became a Ruby on Rails developer for the MPC.

In his free time, he enjoys homebrewing, cooking, canoeing, and tinkering with home automation. 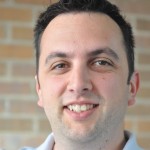 Fran originally planned to become a garbage truck driver (coolest thing ever to this 4-year-old boy), but the gift of a PCjr when he was 8 sparked a hobby interest in programming, typing in BASIC programs from the back of Family Computing magazine. Years later, he would find himself in the right place (a science and tech high school) at the right time (the birth of the Web), which changed his life course completely and led him to a career in computer science and IT.

After several years in private industry he moved to higher education where he has been ever since, splitting time between software development, system administration and management. In 2011 he moved to his wife’s native Minnesota and joined the MPC, and has served as IT Director since 2012.

Outside of work, Fran is likely to be found making a horrible mess of the kitchen, cruising around on his bike, or hanging out watching cars and trucks with his son.

(Fran has also been Spotlighted!) 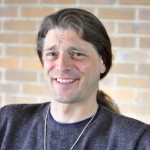 I began programming in 1988, web development in 1995, and joined the Minnesota Population Center in 2007. I work on almost every MPC project with a web interface.

My primary interest in web development is the interface design and how people use web sites. I enjoy the constantly evolving environment of the web and trying to best apply good programming and design techniques to new platforms and technologies.

(Jason has also been Spotlighted!) 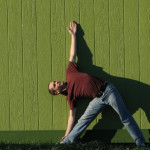 Kevin joined the Minnesota Population Center in 2005. His work centers on delivering domestic aggregate and spatial data via www.nhgis.org. Having done some work on the web site itself, Kevin’s primary focus is on organizing, building, and deploying data and metadata. His experience includes working extensively with Smalltalk, Ruby, and Python. Kevin also has a background with GIS, having earned his MGIS in 2008. His interest in both IT and geography play a key role in his day-to-day activities with NHGIS aggregate data.

In his free time, Kevin teaches group fitness classes at the YWCA of Minneapolis. 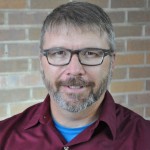 Ben began his career as an ecologist, studying pocket gophers on native grasslands. Data proved to be a second passion though, and he’s been working in computing since the late 1990s on a wide variety of gadgets and gizmos: routers, satellite data, DSL hardware, streaming audio consumer electronics, phone and voicemail software, and now human population data.

Ben works closely with demographic researchers at ISRDI on a variety of its products, particularly with IPUMS microdata. He’s a Linux enthusiast and loves working in open source languages, and lately that means lots and lots of Python.

Outside of his work at ISRDI, Ben is an avid cyclist, golfer, and birdwatcher. He is also the father to two lovely daughters. As of this writing, Ben has never been to outer space.

(Ben has also been Spotlighted!)

Willy Lee started web work while studying studio art at Carleton College. The web was something you could learn the entire body of knowledge in an afternoon at that time. Willy took this love of narrative and storytelling to the new medium and somehow stumbled upon a career. After a decade at the Minneapolis Institute of Arts doing all things web, Willy switched focus to application performance. As the IT Ops Manager at ISRDI, Willy and the team profile and monitor system performance and work with our programmers to find ways to deliver speed and reliability to our users.

Alex McWhinnie started his career in Industrial design in Sydney, where he designed exciting objects such as a hinge, a pager, and a collection of spears. Shortly thereafter, Alex transitioned to digital media, where he eventually found fullfillment in the budding field of user experience design. Alex spent 8 years working in Boston for MassArt, Suffolk University, and MIT, and joined the ISRDI team in 2015 as their lead user experience designer. 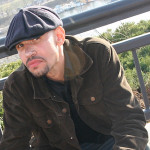 After many years of schooling in Civil Engineering, Marcus surprised his family, friends, and himself by taking a software development position at a Boston-area startup. A couple of jobs and a trip back to Minnesota later, he landed at the fledgling MPC in 2002, where he happily remains to this day.

These days, Marcus leads the development team for the ever-growing suite of IPUMS products ( 10 web applications and counting). Though management is now a big part of his job, he is thrilled to be able to write code on a daily basis.

When not planning work for the team or writing code, Marcus can frequently be observed running along the banks of the Mississippi. He also enjoys music, movies, and may or may not have a Star Wars addiction. 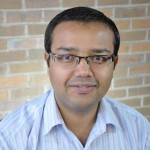 Jayandra is a Ruby On Rails developer and loves programming with Ruby. He joined the MPC in the summer of 2014 on the IPUMS product family team.

Besides coding for IPUMS projects, he can be found hanging out with his friends, watching movies and documentaries, and going for a walk. 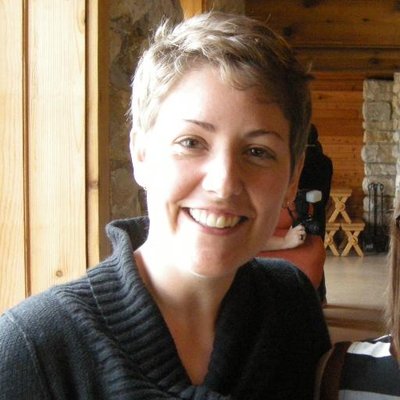 Kelly fell in love with all things data while completing a master’s degree in Library and Information Science at the University of Iowa. Thanks to some great advice from a mentor, she began learning Python in 2012 to expand her skill set in working with messy legacy data. Building on her 5+ years of experience as a Metadata Librarian in large academic libraries, Kelly is thrilled to have the opportunity to grow into a full-fledged software developer in her role as a Data Engineer at ISRDI.

Kelly primarily works on software to link individuals across historical U.S. census data for the Multi-generational Longitudinal Panel (MLP) project. This includes developing software for linking that encompasses data cleaning, transformation, and machine learning pipelines, as well as performance analysis. She currently works mainly with Python, Spark, and Scala. Her advice to all aspiring data wranglers is “Learn SQL!”

Away from the office, Kelly enjoys vegetable and flower gardening, vegetarian cooking, quilting, “slogging” (slow jogging), reading anything and everything, and spending time with her spouse. During tax season, she can be found volunteering as a VITA tax preparer. 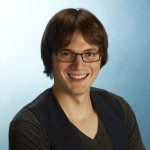 Known Behaviors: The target is trained in both computer science and theatre arts, and should be considered highly dangerous. He delights in being on the front lines, using his versatile skill set to weasel his way into the heart of ultra-modern projects. 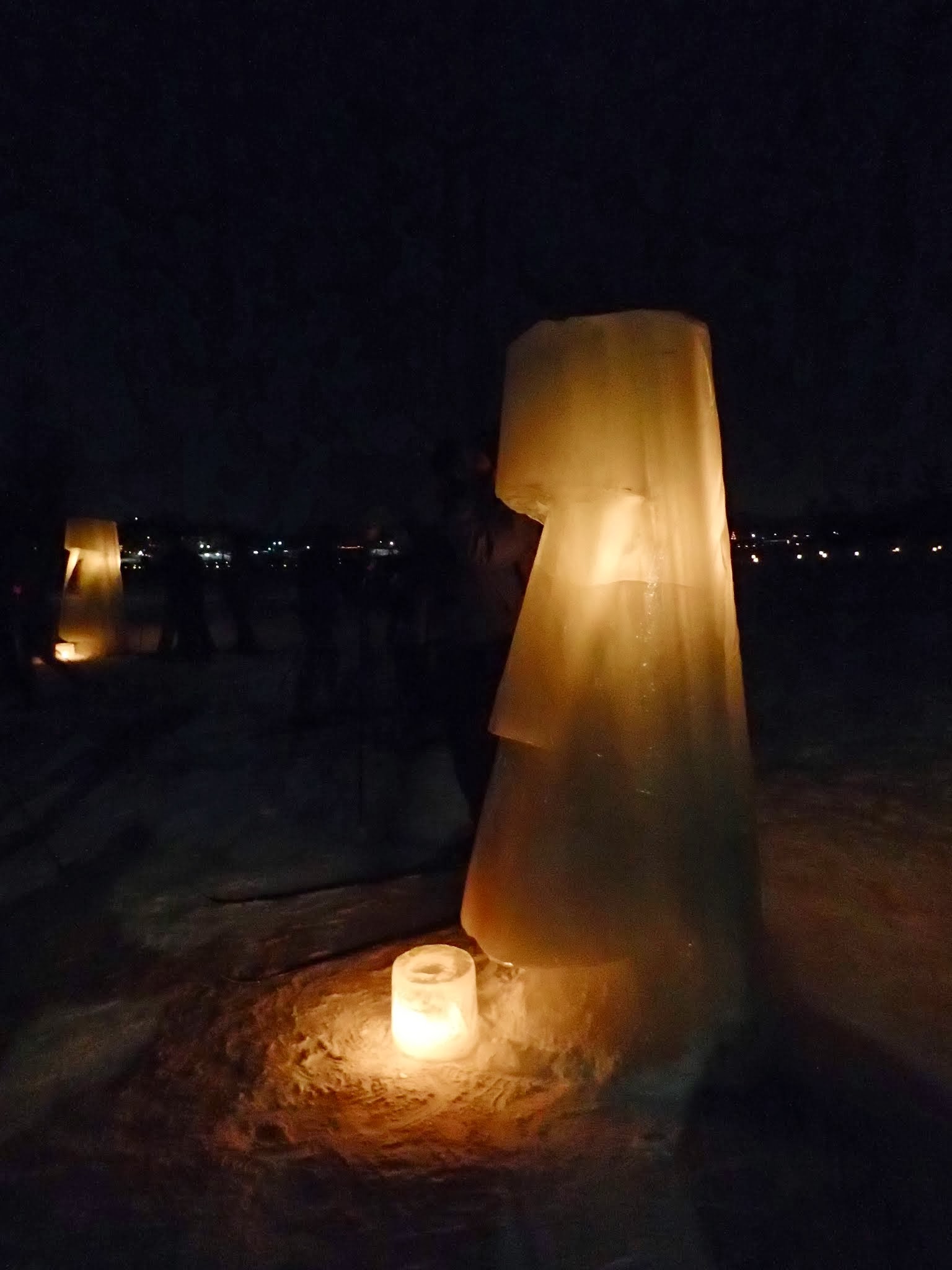 Jim Young began programming with a class in high school in 1966. He continued, earning a BS degree in Sociology and Computer Science from the U of MN in 1973 and had a full time career as a software developer that ended with his retirement in 2014. Looking for something fun to do in retirement, he joined MPC in 2015.

When he isn’t programming, he enjoys various outdoor activities (biking, x-c skiing, canoeing, hiking etc.), bread baking and traveling. He also is a volunteer Luminarian for the City of Lakes Luminary Loppet.