This week, the IT Core Spotlight takes a look at Jason Goray, our UX/UI Developer and long time member of the MPC IT Core. 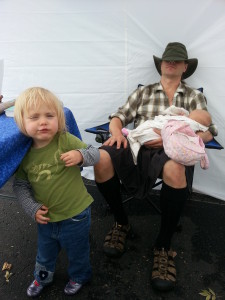 Project: All (more or less) MPC web facing projects Favorite Dev Tool: MacBook Pro Fun Fact: Despite what it says in Zen and the Art of Motorcycle Maintenance, Phædrus does not mean “wolf”.

What brought you to your current professional field? It was sort of a weird set of turns.

What brought you to the MPC?

After some years of working for marketing companies and often doing ethically questionable work such as web sites for defense contractors, building sports gambling applications, and making sites to convince people to buy things that no one really needs, I was feeling a bit discouraged about what I was spending my life doing.

A friend/former colleague/former bassist let me know about an opening here at the MPC, and I found that doing something that can actually do some good in the world combined with working in an environment that encourages a healthy work/life balance makes me feel much better at the end of the day.

What’s your favorite thing about working at the University of Minnesota / MPC?

The efforts made to encourage balanced living combined with the collaborative atmosphere that is fostered here and the push towards personal and professional self-improvement makes it a very good place to work.

JavaScript. Because it quickly got in way over its head, but despite not really being designed for what it became, it seems to be managing pretty well anyway.

When you’re not wrangling data at the MPC, what other things keep you busy?

Recently, kids have been a major portion of my life as well.

How do you get to work?

Depends on the day. My default modes are walking or bicycling, but if someone’s coming this way, I’ll grab a car pool in. Occasionally, I’ll ride the bus, but I find I can get most places faster on foot than via MetroTransit since I apparently live in the transit cul-de-sac of Minneapolis.