Meet Colin, the longest tenured member of the IT Core. 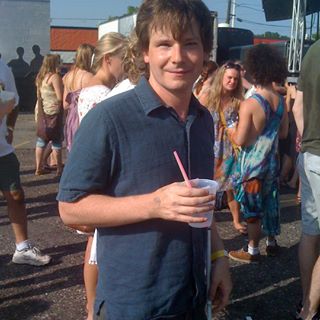 What brought you to your current professional field and eventually to the MPC?

At school I dropped physics and switched to computer science when I realized I was skipping studying to work on game projects. One day I found myself writing another chapter in my book on game development and decided I’d better play to my strengths and study something I actually liked doing.

Later on, after spending time in the technical support field, I started a business selling disk imaging software to tech support groups (well, I mostly just made the software, didn’t do much selling.) Then the tech bubble burst.

The game development paid off at my MPC interview. The programmer on the hiring committee told me he figured anyone who could write the graphics library I’d submitted as part of my portfolio couldn’t be a total incompetent.

What’s the coolest thing you’ve gotten to work on at the MPC?

Watching software I wrote process huge — for social science versions of “huge” — numbers of census records. There’s something satisfying about hitting “enter” and knowing the machine will be occupied for a while, not because the software is slow but because the problem is so large.

Also, doing an early (2006) Ruby on Rails application. At the time Java + Struts was the dominant free framework and it was fun to discover how much better life could be with Ruby.

That’s like asking “If you were a tree….” Maybe I am like part of a programming language, possibly the optimizer or the parser. Definitely not the lexical analyzer, though.

When you’re not wrangling data at the MPC, what other things keep you busy?

Lately I’ve been making wine and cider. Mostly I use currants or plums but my latest will be called “Pear Apocalypse.” Grapes are fine but everyone knows what to expect with grapes.

How do you get to work?

What new skill(s) are your currently trying to learn?

I keep meaning to really master Emacs. It’s going to happen this year, really. According to legend, one can do everything with Emacs and never leave. It’s like an alternate universe.

Also I’d like to improve my Scala skills and do something with Rust.